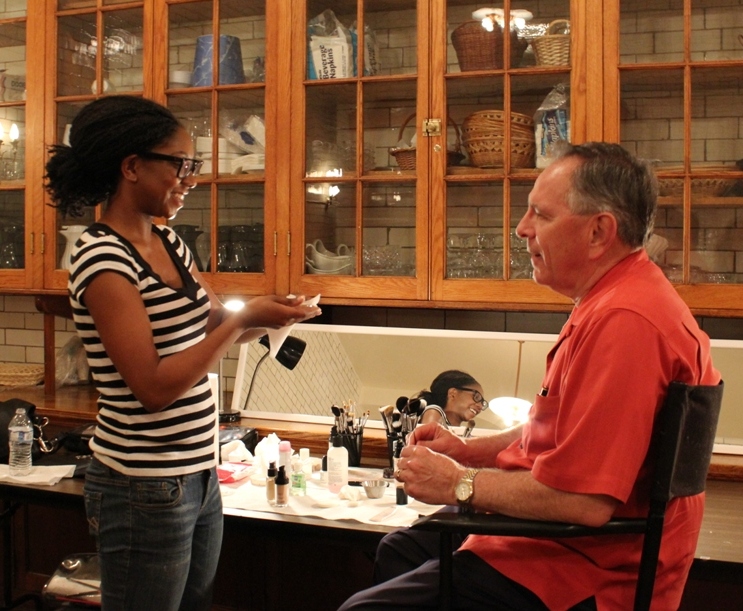 After months of preparation and hype, the first ever “Celebration of the Craft” web event premiered! The six hour event hosted by Brother Norm Crosby, 33° Grand Cross, not only successfully supported the Rebuilding the Temple Campaign and Valley 501(c)(3) organizations, but allowed for an opportunity to celebrate the Scottish Rite and Freemasonry. Viewers laughed, learned, and generously pledged their support throughout the evening. We were amazed by the contributions and participation that came in from all across the Southern Jurisdiction. The phones never stopped ringing. More than forty Orients and Valleys held an event surrounding the web event even reaching as far as the Panama Canal Scottish Rite Bodies. We also grabbed the attention of brothers in the Northern Jurisdiction as we had the Worshipful Master Moises I. Gomez from the Atlas Pythagoras Lodge No. 10 in Westfield N.J. attend the show. Our gratitude for the overwhelming enthusiasm of our members cannot be put into words. We can proudly say that we managed to pass $400,000 in our fundraising efforts.

In addition to the tremendous involvement of our members, the hard work was palpable of the House of the Temple staff, the incredible Carlin Company who produced the web event, and the 150 plus volunteers including local K.S.A.s. Excitement flowed through the building from the start of set up on Friday to the end of the web event Saturday night. The commitment of everyone to this monumental and innovative show has been greatly appreciated.

Support during the event was kicked off by S.G.I.G. Leonard Proden, 33° of D.C. with the first pledge of the evening. After Proden’s pledge, handfuls of pledges and challenge gifts started coming in. The show was also improved with the valued assistance and appearances of S.G.I.G.s James Cole, 33° of Virginia and Jack Yost, 33° of West Virginia. James Cole, his wife Mary Ann, Jack Yost, and his wife Kris stayed throughout the entirety of the event and helped out whenever they could. Some of you may have even had the pleasure of speaking to Mr. or Mrs. Yost when they manned the phones for a couple of hours. A special thank you also goes out to one of our guests Rusty Garrett, chief weather anchor of KWTX-TV since 1987 and member of the Valley of Waco, Texas, for his devotion to the web event. In addition to making an appearance during the show alongside Norm Crosby, Garrett put his anchor skills to work by leading interviews at our outdoor street party held for the event behind the House of the Temple. All of our special guests went above and beyond to ensure the success of the “Celebration of the Craft.”

Norm Crosby led the web event from 6pm to midnight and did not fail to remind us why we were all taking part in the “Celebration of the Craft.” Crosby stressed the significance of the fraternity and the importance of preserving its ideals of brotherly love, fellowship, compassion, tolerance, truth, and charity. His humor and good heart were infectious and truly pulled the show together.

Crosby introduced the plethora of House of the Temple staff as they shared their talents with the viewing audiences. The Grand Commander, Ronald A. Seale, 33° made a handful of appearances and encouraged support. Managing Editor of The Scottish Rite Journal, Brent Morris, 33° Grand Cross, performed a variety of card magic tricks while Masonic scholar Art de Hoyos, 33° Grand Cross,  shared with audiences the original copy of Albert Pike’s Morals and Dogma. Grand Executive Director of the Supreme Council, Admiral Sizemore, 33° Grand Cross even graced viewers with a song. Inspirational videos regarding our philanthropic efforts (like the Rebuilding the Temple Campaign, RiteCare, scholarships, and disaster relief), fraternal history, and membership were also shown featuring many of the House of the Temple staff and local Scottish Rite Freemasons.

In addition to the tune performed by Admiral Sizemore, the band Rendezvous played their renditions of popular songs such as “Crazy” by Patsy Cline, “Dancing in the Dark” by Bruce Springsteen, and “September” by Earth Wind and Fire. Throughout the evening various videos prepared for the web event were shown featuring Masonic celebrities like Ill. Ernest Borgnine, 33° Grand Cross and Brother Brad Paisley, 32°. Dan Brown was also shown saying a few words about the importance of the House of the Temple as a landmark and symbol to Freemasonry.

Gifts are continuing to pour in and pledges are still being made. The opportunity for new gifts to be made is available to those who would like to support our cause. Our toll-free number used during the event is still active and we would love to hear from you. Additionally, you can still text HOT (for House of the Temple) to 50555 and make a ten dollar donation or make donations online through our site or Facebook. The show will be available in full online for ninety days following the web event for those who did not have the chance to view it live or those who did not get enough of the celebration the first time around.

We look forward to making this an annual event and making it even bigger and better next year. Be on the lookout for details regarding our 2nd annual web event in 2013 and be sure to send us your questions, feedback, and critique of our May 19th show.

Featured slide by Pierson Photography. Image of Leonard Proden, SGIG of the District of Columbia by Heather K. Calloway.

During the Celebrating the Craft Event, employees and volunteers were stationed at various places around the House of the Temple working alongside those in front…