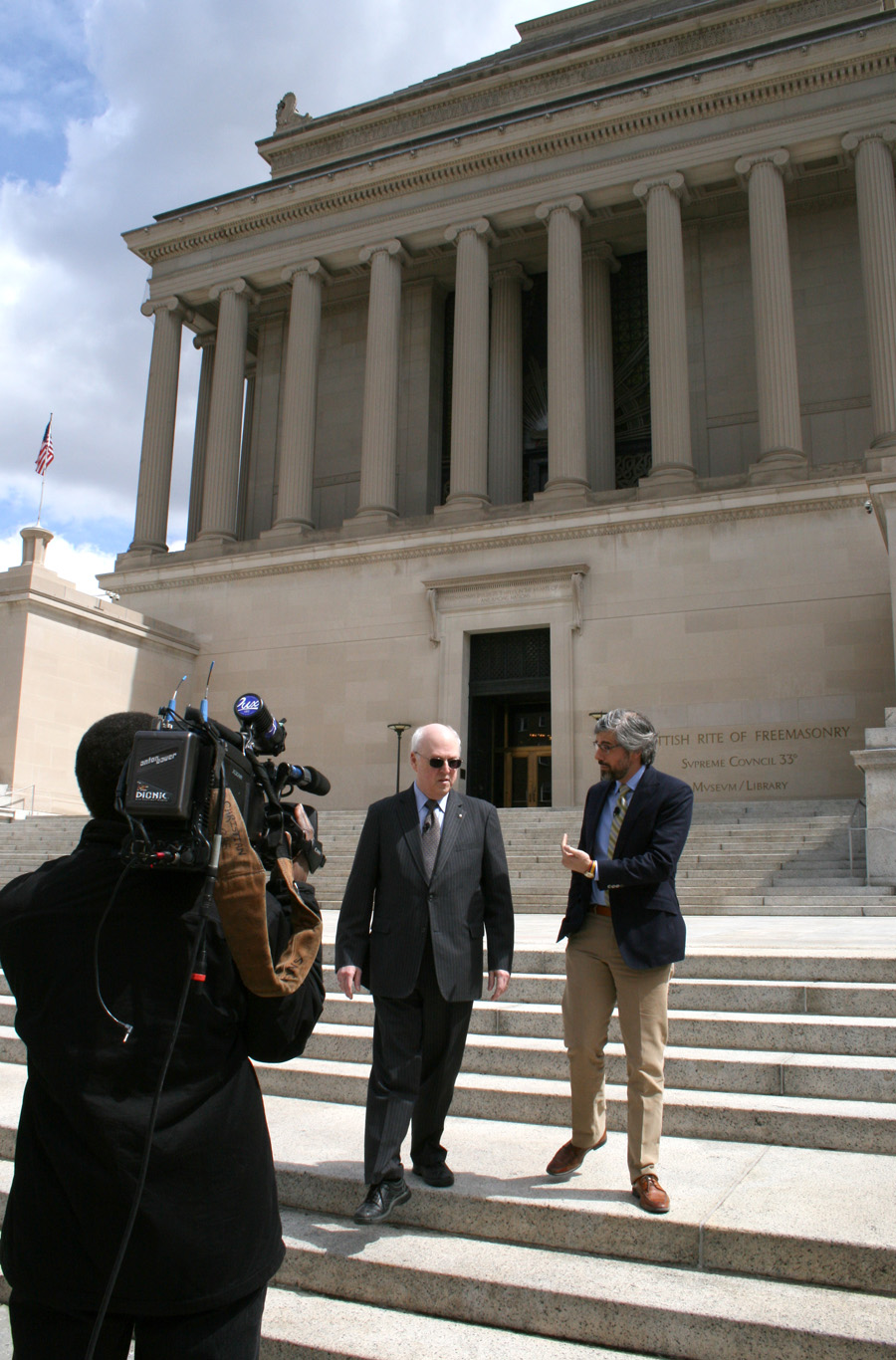 In late March, journalist Mo Rocca and the crew of “CBS Sunday Morning”, a nationally broadcast weekly news magazine, visited the House of the Temple to film for an upcoming feature on Freemasonry. Rocca interviewed Ill. Bro. S. Brent Morris in our majestic Temple Room on his expertise in the history of the Craft and what it means to be a Freemason. Rocca also interviewed members of The Colonial Lodge, No. 1821, a local DC lodge that meets in the House of the Temple. The Colonial Lodge is a University lodge, all members are connected to The George Washington University, and boasts a younger-than-average membership – something Rocca noted in his interviews.

CBS Sunday Morning aired an excellent feature on the Craft in today’s episode – including interviews with Ill. Bro. Brent Morris and other members of The…

Sunday, October 16, 2011, the House of the Temple began a 3 day kickoff to the centennial of the laying of the cornerstone. Special guided…

On October 16–18, 2011, the Grand Lodge of the District of Columbia and the Supreme Council will commemorate the centennial of laying the cornerstone of…

On Tuesday, October 18, 2011, the House of the Temple celebrated its 100-year anniversary of the cornerstone laying. It was conducted according to ancient custom…