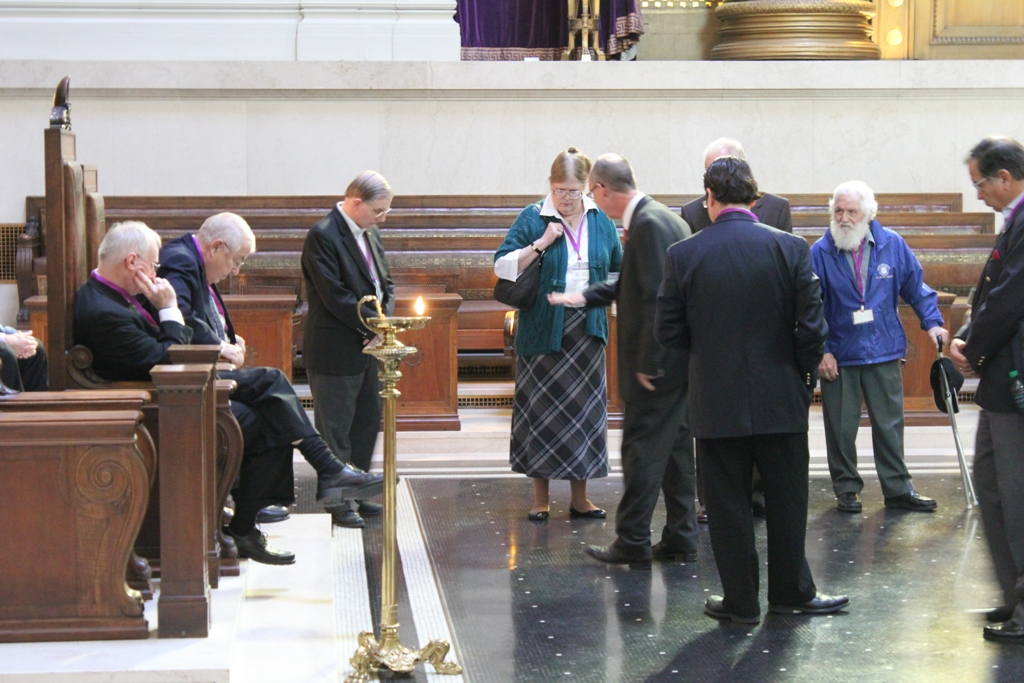 In August of 1911, plans were made to hold a very special and Masonically symbolic ceremony to lay the cornerstone of the House of the Temple. At the invitation of Sovereign Grand Commander James D. Richardson, Grand Master J. Claude Keiper of the Grand Lodge of the District of Columbia presided over the laying of the cornerstone on October 18, 1911, two days after the opening of the Biennial Session. The cornerstone was laid in the northeast corner of the property at Sixteenth and S Streets in a well-attended ceremony with “approximately six thousand in number” (Proceedings, p. 104). Attendees included Commanderies of the Knights Templar, Alexandria-Washington Lodge No. 22 of Virginia, the Grand Lodge of the District of Columbia along with twenty-nine other lodges, the Camp Guard of Albert Pike Consistory No. 1 of the District of Columbia, the Grand Lodge of Maryland and the Supreme Council.

On October 16–18, 2011, the Grand Lodge of the District of Columbia and the Supreme Council will commemorate the centennial of laying the cornerstone of…

On Tuesday, October 18, 2011, the House of the Temple celebrated its 100-year anniversary of the cornerstone laying. It was conducted according to ancient custom…

Registration is now available online for both the 2015 Biennial Session and Centennial Jubilee, both to be held in Washington, D.C. Please click here to…