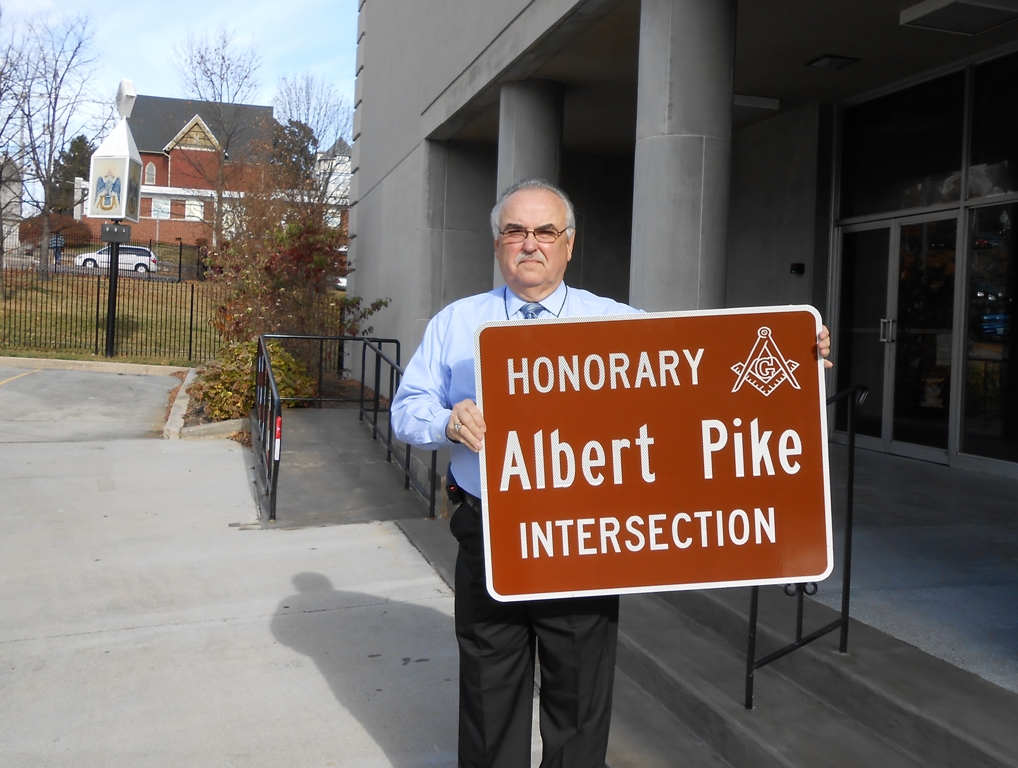 After a number of meetings with the City of Knoxville Planning Commission and City Council, Brother Luther J. Gafford, 33°, General Secretary of Knoxville Scottish Rite, request for the Street to be named in honor of Brother Albert Pike was granted. This is a picture of Luther J. Gafford, Jr., 33° with one of the signs placed on each corner of 16th  Street  and White Avenue.

When visiting the Temple take a look at the sign. Click here to register for the 2013 Biennial Session. Registration info: Early registration is now until May 31 Fee is $310 plus $50 for a… With sincere gratitude to our Scottish Rite, SJ Brethren and to our SRRS members for their continuing support after a challenging 2020, we are pleased to offer them—free of charge—an audiobook of Albert Pike’s Morals & Dogma: Annotated Edition by Ill. Arturo de Hoyos, 33°, Grand Cross, as each chapter becomes available!

Sunday, October 16, 2011, the House of the Temple began a 3 day kickoff to the centennial of the laying of the cornerstone. Special guided…