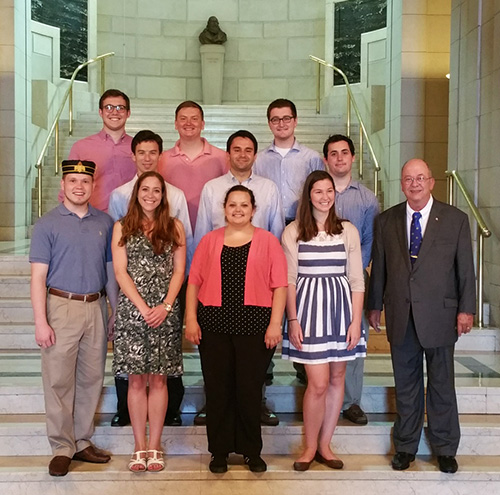 The House of the Temple, headquarters of the Scottish Rite, SJ, hosted the Summer 2015 class of the Washington Scholars Fellowship Program on Saturday, July 11. Bro. Robert B. Heffelfinger, 32°, KCCH-elect, gave the scholars a tour through the museum’s galleries and libraries while explaining the organization’s rich history. Among the honored guests were Bro. Brandon Johnson, 32°, and Amber Galaz, president of Job’s Daughters International, the first-ever recipients of the Admiral James J. Carey/Washington Scholars Grant for Masonic Youth. Brandon is pursuing a Bachelor’s Degree in Business Administration and Amber a Bachelor of Arts in Law and Policy.

We are pleased to announce the 2016 Scottish Rite Has Talent contest finalists: Allen Smith, 32°, Valley of Atlanta, GA—Guitarist/Vocalist Brent Reichow, KCCH, Valley of…