MEMBER LOGIN
By Gregory S. Kearse, 33°, & S. Brent Morris, 33°, Grand Cross | This is the story of a liquor magnate, Jimmy Turner, whose ancestor was a founding member of the Supreme Council. 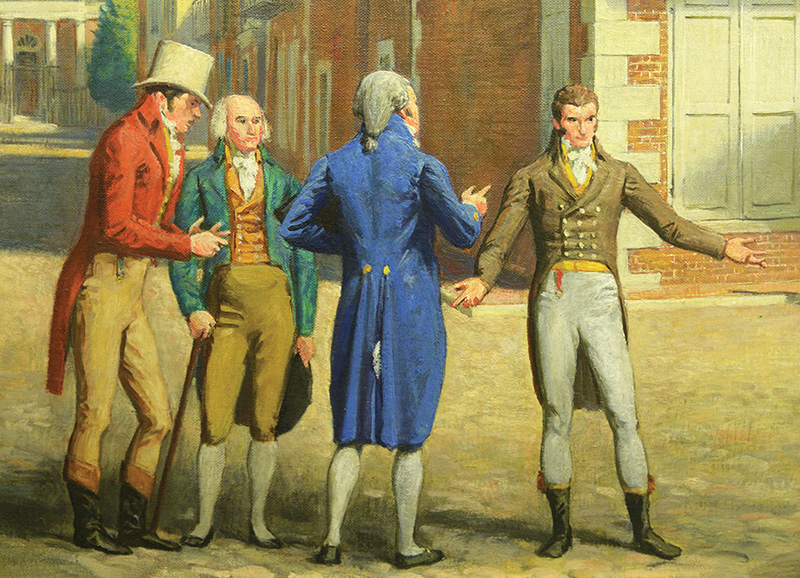 Above: Detail of of the 1855 Annual Communication of the Grand Lodge of Georgia listing “S. Magnus” as the Junior Deacon of Cherokee Lodge No. 66 in Rome, GA (Courtesy the House of the Temple Museum and Library) “Joseph had emigrated from Prussia around 1850 and married Rebecca Alexander, the great-granddaughter of Alexander [the Supreme Council founder]. I was confident but bitterly disappointed that we did not find Joseph in our initial search. Larissa said don’t give up. And I literally opened the book to the page where his son, Saul, was listed as a member of Cherokee Lodge! He was Junior Steward.” “Abraham Alexander’s year of arrival in Charleston was in 1763, as it was listed in both 1760 and 1763 census records, and in 1790 census records in different sections. I also confirmed from census records that he was still listed with the port at the time of his death in 1816.” “Without having come here and receiving great help from both Brent Morris and Larissa, so many future discoveries would never have occurred.” “However, the story did not fall together until January, 2015. Let me retrace some facts. My great-grandfather, Joseph A. Magnus moved to Cincinnati in 1890 and opened his distillery around 1892. One of his brands became the most popular brand of rye whiskey in the south. He closed his doors a year before prohibition.” It turns out that Abraham Alexander Sr., the founder of the American family, was born in London, England, in 1743. His father, Joseph Rafael, was a rabbi, and Abraham was schooled in rabbinical studies. In 1763, Abraham emigrated to Charleston, South Carolina and eventually became the second rabbi of the first temple of Charleston, the Kahal Kadosh Beth Elohim Congregation. After the resignation of the rabbi in 1764, Abraham Alexander served the Congregation as its rabbi and cantor for the next twenty years. Records show he was among the first Jewish settlers to come to the Southern Colonies. In 1771, he went back to London to marry, and had a child, Joseph Alexander Jr. He then returned to Charleston, while his wife and child remained in England. Although he had only been in the American Colonies since 1763, Abraham Alexander Sr. became firmly rooted in his new homeland and proved himself to be a true American patriot. He fought the British as a Lieutenant in Burns Troop, Wade Hampton’s Regiment of Light Dragoons, Sumter’s brigade during the Carolina campaign, and as Lieutenant of Dragoons in Captain William McKenzie’s Troop, in Lieutenant Colonel William Hill’s Regiment. After the Revolutionary War, in 1798, Abraham Alexander Jr. followed his father to the United States and settled in Charleston. He married and had ten children, the youngest being Rebecca, who married Saul Magnus. Joseph A. Magnus was the oldest of their children. Indeed, Abraham Alexander Sr., an early Mason in the Colonies, was among the group known as “The Eleven Gentlemen of Charleston,” founders of the Mother Supreme Council of the World of the Thirty-Third and Last Degree Ancient and Accepted Scottish Rite of Freemasonry. It was the first Supreme Council and all other Supreme Councils in the World descended from it. Perhaps more amazing was Jimmy’s fortuitous meeting with historian Dr. Fred Auld in Charleston who indicated that his great-great-great-grandfather, Isaac Auld, was also one of the founding members! “I thought it was absolutely amazing that his ancestor, Isaac Auld was huddled with my ancestor!” A hunch, a feeling, and persistence, with the help of the House of the Temple Library and its vast resources, enabled Jimmy Turner to discover his Masonic roots! 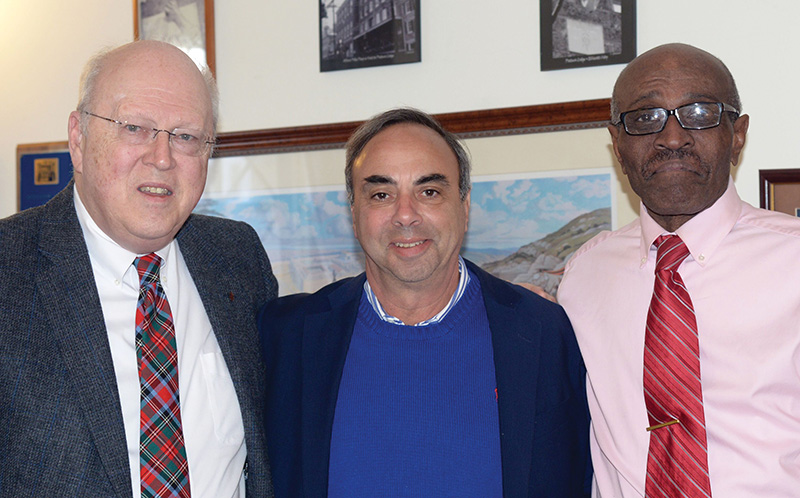 Photo: Authors of this article S. Brent Morris, 33°, Grand Cross (left) and Gregory S. Kearse, 33° (right) with Jimmy Turner (center) (Photography: Kia Boone, The Scottish Rite Journal) James Turner has a BA in Communications and Economics from Denison University and was a long-time partner in Turner-Gary Sports whose clients included several major league baseball players. He is now the principal of Joseph A. Magnus Distillery. For details on the founding of the Supreme Council, check out Ray Baker Harris’s Eleven Gentlemen of Charleston: Founders of the Supreme Council, Mother Council of the World, Ancient and Accepted Scottish Rite of Freemasonry (1959). The text of this article originally appeared in the May/June 2017 issue of The Scottish Rite Journal—available online and via the free app for Apple and Android devices, just visit your preferred app store and search “Scottish Rite Journal.”
I Agree